X
Back to the top

The Legend the Backwoods Terror Ranch

The desperate desire to live forever is as old as death itself, but few seekers of immortality have allowed their obsession to drive them completely insane. However, such is the story of Dr. Frederick Surgeon.

At the early age of 43, Surgeon was forced out of a lucrative Plastic Surgery  practice by his partners, because of, shall we say, questionable treatment practices towards his patients.  Experimentation is not unusual for doctors, especially in 1895, but the drive for longer and longer youth pushed the limits.

Forced out of his practice, but with the burning desire to achieve eternal youth, Dr. Surgeon moved his family from Greenwich, Connecticut to a sprawling property in Fayetteville, North Carolina.

Dr. Surgeon was welcomed with open arms by the Fayetteville medical community, even while creating a stir about his research into cross species gene splicing, the crossing of a mule and a zebra for instance. What the press and local doctors didn’t realize is that Dr. Surgeon was also splicing humans with animals.

The Fayetteville property, today known as Sweet Valley Ranch, was the perfect place for Dr. Surgeon to hide his experiments from the view of the medical board. He believed that this was the solution to not only eternal life, but to help the human race become more advanced.

However, the doctor needed more victims to inflict his horrific experiments on. Because the people of the Fayetteville area were becoming concerned hearing the screams coming from Surgeon Manor. So, just like any other psychopath doctor, Dr. Surgeon opened an asylum, because people wouldn’t question the screaming of the mentally ill.

But who would take care of the piling bodies to come from Dr. Surgeons, human guinea pigs? The Delamorte bunch was just the right kind of sadistic for the job. Straight from Texas, Dell Ray Delamorte and his family would be the successful operators of the Slaughter House. Taking pride in helping the doctor hide all of the mishaps from his experimentations.

Year after year it seems that more people go missing from the asylum and the surrounding area of Fayetteville, but you will never find them… especially if Dr. Surgeon and the Delaorte’s had a say in it.

Slaughterhouse
The hybrid abominations of nature that the doctor created were kept in paddocks deep in the woods of the farm and once large enough they were butchered in the onsite Slaughterhouse with the rest of the livestock and sold in the local market next to other “one species” meat. However, right before the last roundup, the “huminals” seemed to know what was about to happen. They rebelled, took over the slaughterhouse and slaughtered several of the employees before escaping into the woods. It is said that their howls can still be heard today. Forced to be closed by the local humane society, no animal ever died in that building again,

Most people have never seen a real slaughterhouse, so be sure to fit this interactive experience into your visit. You may never eat meat again!

Surgeon Manor
The residence on the property was a large 2 story Victorian farmhouse with 6 bedrooms and only two bathrooms, which was customary in the day. He christened it Surgeon Manor at Liza’s request. With so many rooms the doctor decided to rent out rooms to the impoverished of Fayetteville. Liza loved meeting new people and there was a constant flow of “new guests.” Kind of a halfway house for people down on their luck to get back on their feet, many would not be missed if they just disappeared. Thus, providing the doctor with an endless supply of patients to experiment on.  What Liza, the residents and even the staff of Surgeon Manor didn’t know was that many of their fellow guests ended up as experiments in the Surgeon Gene Labs.

It was in Surgeon Manor that Iza took her last breath and passed away on a brisk October day in 1897. The 6-year-old did not go quietly. Screams could be heard clear into town and long into the night. First from Liza and then from Dr Surgeon. Devastated, angry, heartbroken, again, The doctor threw himself into his work, but madness finally came for Surgeon. He claimed that Liza was still in the house, he had seen her, talked to her, and she was not happy with the number of the people he had injured, even killed trying to save her in vain. The doctor lived out his last days, trying to splice together the bugs he found in his cell. A shadow of the brilliant

But this sad tale has a happy ending, because Surgeon Manor is reopening as a “Dead and Breakfast,” catering to ghost hunters and people interested in the paranormal. The rooms are booking up quickly, so make a reservation today! 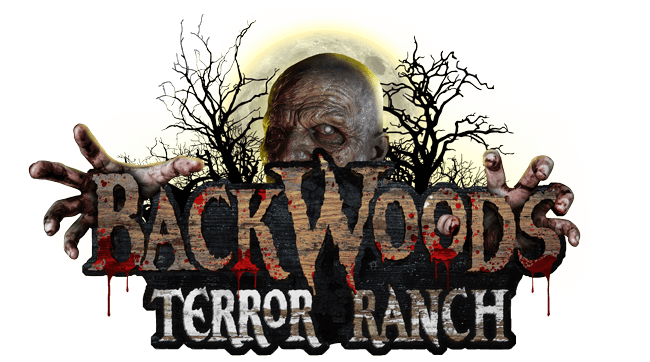